Various
The Kaisers are a group of characters from the Brave Saga and are a group of robots featured in Knights of the Multiverse Season 1. Led by Might Kaiser, they are an army of super robots created by the evil organization L.O.V.E.M.U.F.F.I.N. to destroy The Knights. Each unit is able to transform into some kind of vehicle, ranging from a drill tank, a jet fighter, to even trains. Their parts were later rebuilt in into the Super Kaisers.

Might Kaiser is the only Kaiser unit to actually have a personality. All the other units act as mindless drones. 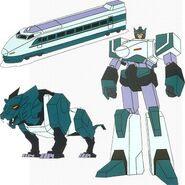 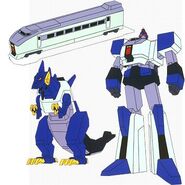 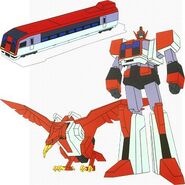 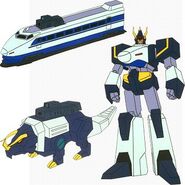 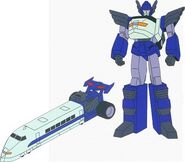 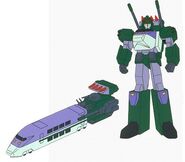 Liner 4
Add a photo to this gallery

The group is named after the first team of Brave characters from Brave Exkaiser, the Space Police Kaisers.

Retrieved from "https://knights-of-the-multiverse.fandom.com/wiki/Kaisers?oldid=7147"
Community content is available under CC-BY-SA unless otherwise noted.